Working on a quote by Lily

When Lily relapsed with leukemia last September, she told Larisa that she would do whatever she had to do in order to reach her dreams.  After going through treatment once, she knew that relapse treatment would be all that - and so much more - so much worse and more intense.  So she knew that the battle would be rough - and with no guarantees.  So, to honor her fighting spirit, I wanted to paint something with her quote.

This is what I did: 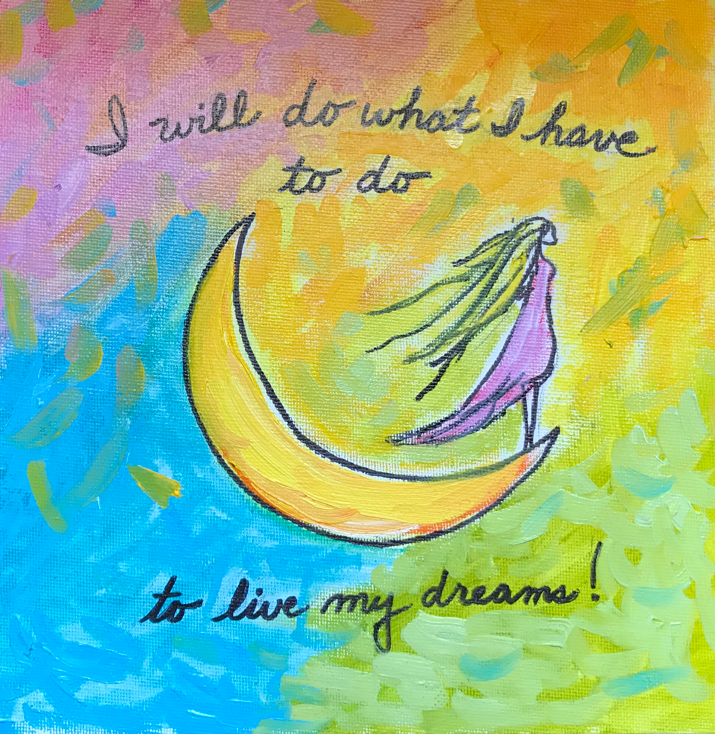 Just a quick little painting.  I don't know what I will do with it.  Looking at it now, I realize, I need to give the poor girl some arms.  Ha ha!

Later note:  I kinda screwed it up by adding Lily's name underneath the quote with a Sharpie.  The handwriting/pen doesn't match the quote; so it doesn't really seem to fit.  Lesson learned: Be careful going back over paintings months later!