I decided to just paint - quick and easy.  I wanted to see what I would come up with if I painted without over-thinking it.   I used the photo below that I took when Ron and I were at Blue Mountain Beach in Florida back in September.  Here is the photograph: 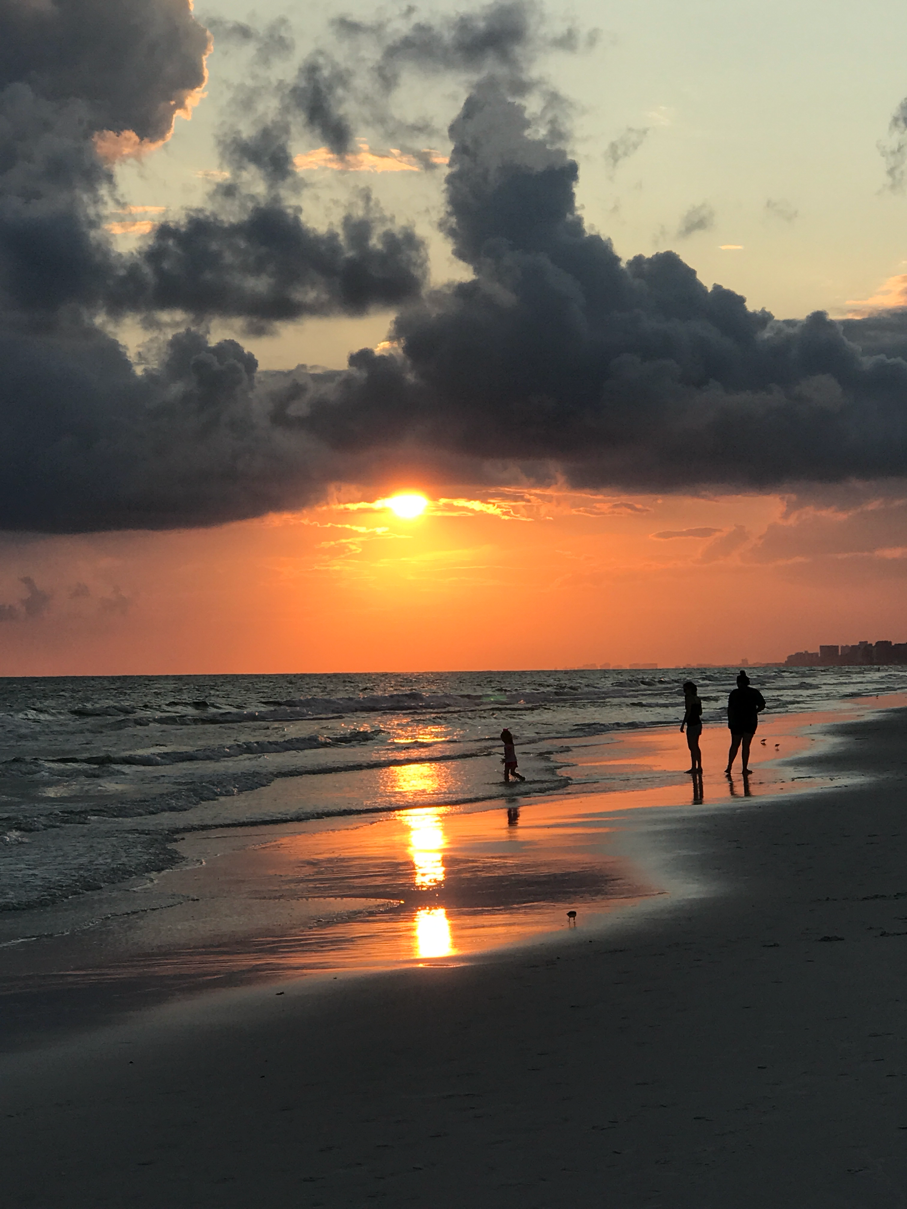 And here is my painting.  I like it - a lot.  Really, it’s one of my favorites of the paintings I’ve done - something about the colors is so pleasing to me.  I didn't want people in my painting -so I left them out. The beach was so crowded, though, that it was impossible to take a photograph without people in it. I toned the panel with red before I started, and I like the way the red underneath comes through with all the colors. It provides an under-glow that gives the painting vibrancy. 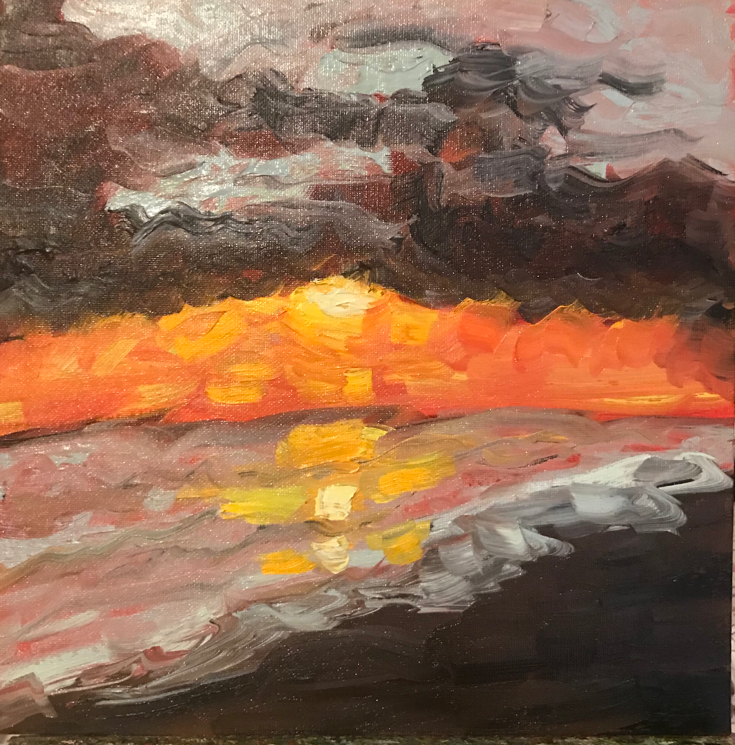 Day’s end at the beach
Burning sun in orange and gold
Fire, sea, and clouds merge

Mediocre and Bad Paintings - What to do with them?

I've been painting for about a year and a half now, and I have quite a large collection of mediocre and bad paintings.  However, although I don't want anyone to look at them, I really don't want to get rid of them either.

Last spring I burned some bad paintings that I had begun but stopped because they were awful from the get-go.  Probably all artists do that: begin a painting and don't feel it from the beginning.  It is similar to when I have an idea to write about, and yet when I start putting the words on paper (or, rather, typing the words into the word processing program on the computer) the idea just doesn't pan out. I realize my interest was in something not deep enough to expand on - or not really interesting once I got further into it.  With painting, I start with an idea and then realize that the thought and work needed to complete the painting don't match up with what I intended.  So I stop - and only rarely come back to it later.

What I've learned is that I can't really get into painting something just for the sake of painting it.  My subject has to mean something to me.  Some of my paintings don't really mean anything to me - they're just something I decided to paint for some reason. And I didn't paint them very well either.  Yet, I can't burn them.  I wonder what other artists do?

Last winter I signed up for a couple of online art classes. The class paintings are good practice, but there's no personal connection to the paintings from those classes because they're someone else's paintings that I'm merely trying to copy.  I found Dreama Tolle Perry really good for learning techniques.  However, I'm not crazy about the paintings I did.  For me, the lifeblood of painting is from my own experiences.

My current plan is to stack my so-so paintings standing up in a box and just save them.  LOL!  Basically, I am deciding to make my kids deal with them after I'm dead and gone.  I have no doubt they won't have my hesitation to toss them.
- November 03, 2017 No comments:

I was driving down Bailey Road in Leiper’s Fork and saw this barn.  It is out in the country (no traffic), and so I stopped the car, rolled down the window and took some photos.  I used one of the photos to paint this yesterday.  I figure that since I didn't even have to get out of my car to take the photo, that I didn't need to get permission to take it or to paint from it.  I wonder what the protocol is for something like that.  I know you have to get permission to do en plein air painting on someone's property (of course) - but to take a photo from the road . . . I don't know.  I hope it's okay. 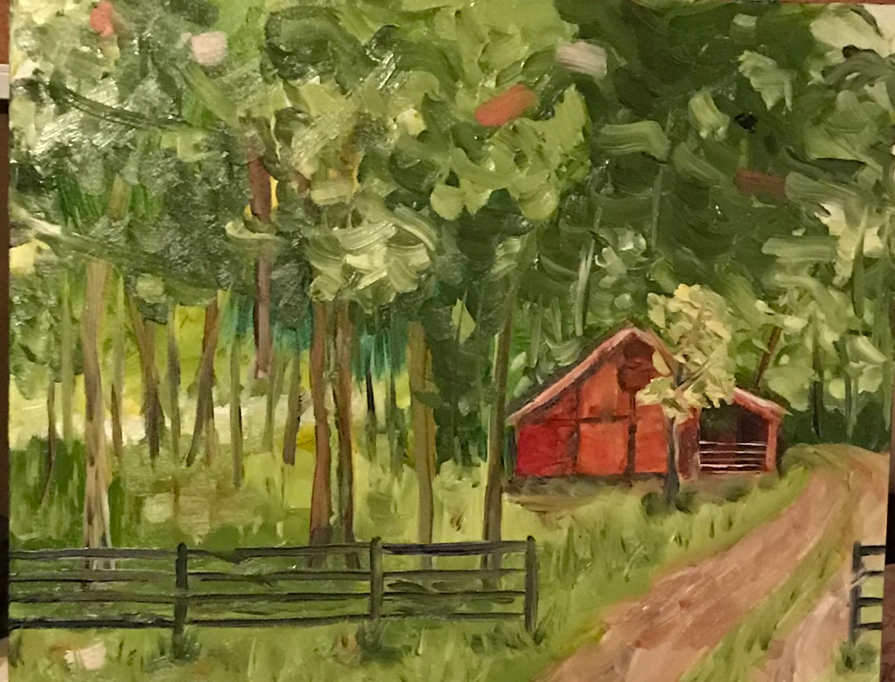 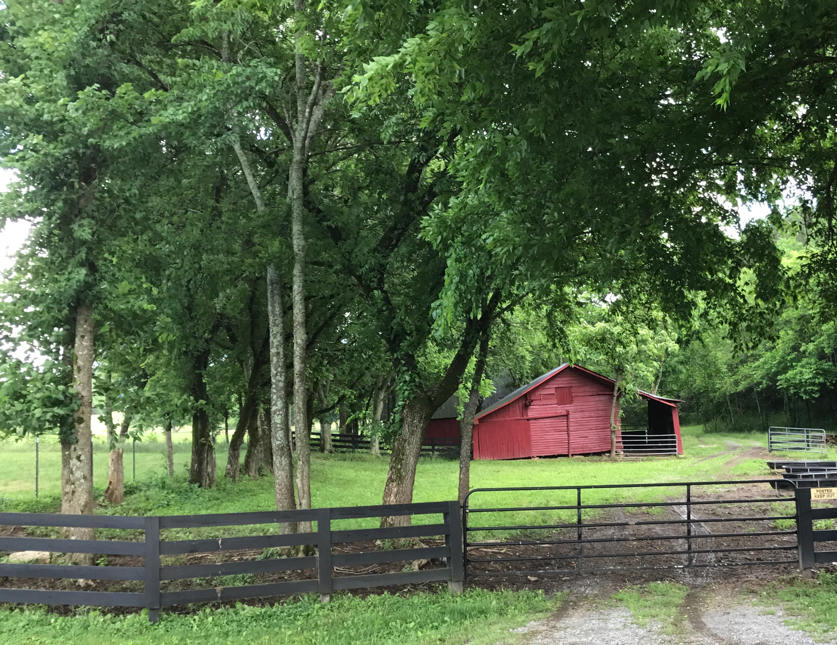 As I looked at my painting, I realize that I HAVE to work on color mixing.  My greens are too yellow. I definitely need more blue in the green.  One of the artists I took several lessons from, Kay Keyes Farrar, mixes her colors before she starts painting.  That might be a good idea.  I tend to mix as I go - and I either don't mix enough and have to keep mixing more, OR I mix so much I have lots leftover at the end.  I've asked Kay and another artist about having a class on mixing colors.  I'm still waiting to hear back.

I went over the painting later and added more viridian based color (blue green).  There’s a glare in the upper left, but I think overall the color is better. 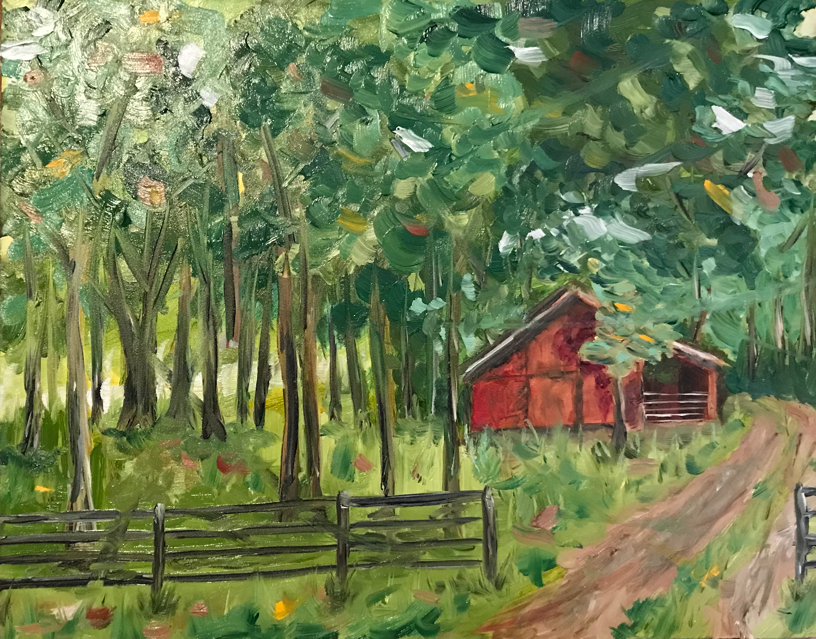 Along a backwoods road
A barn, red and faded
Lies nestled among the trees
Sunlight filters into the field beyond
Country life in Leiper's Fork
- November 03, 2017 No comments: